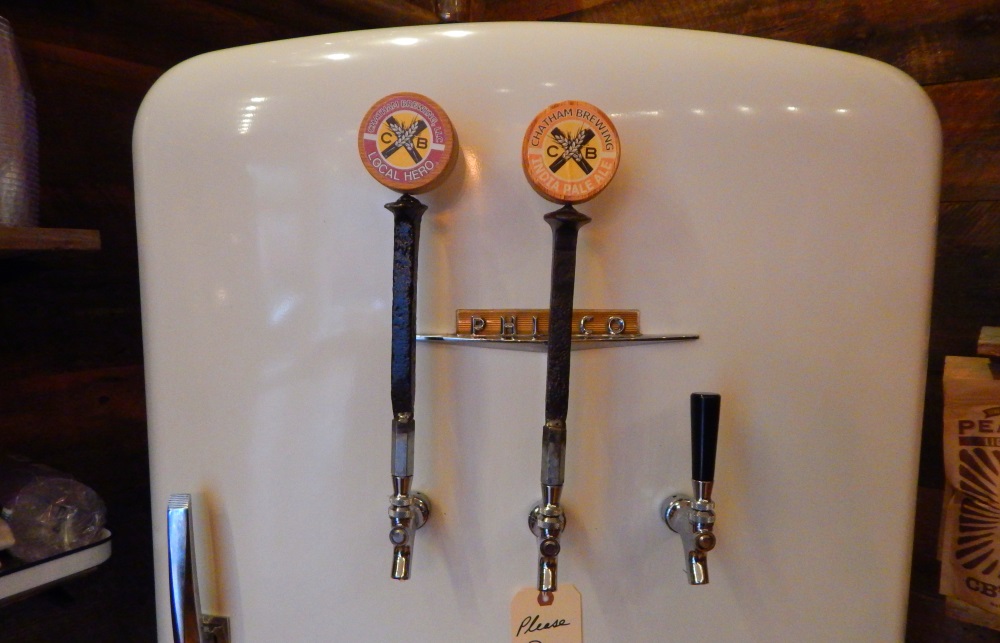 I am speaking with a little tongue in cheek, because a Tap Takeover¹ is generally when a particular brewer takes over all or many of a bar or pub’s² taps to showcase many of their beers. But, as Chris Cunningham, General Manager of Chatham Brewing who was serving this night, said “this is the easiest Take Takeover I’ve ever done.”

The  occasion was Cold Spring General Store’s first anniversary party,  the shop is small yet very smartly stocked, two taps were just right to get a worthy sampling of Chatham Brewery’s work, they make over sixteen beers. 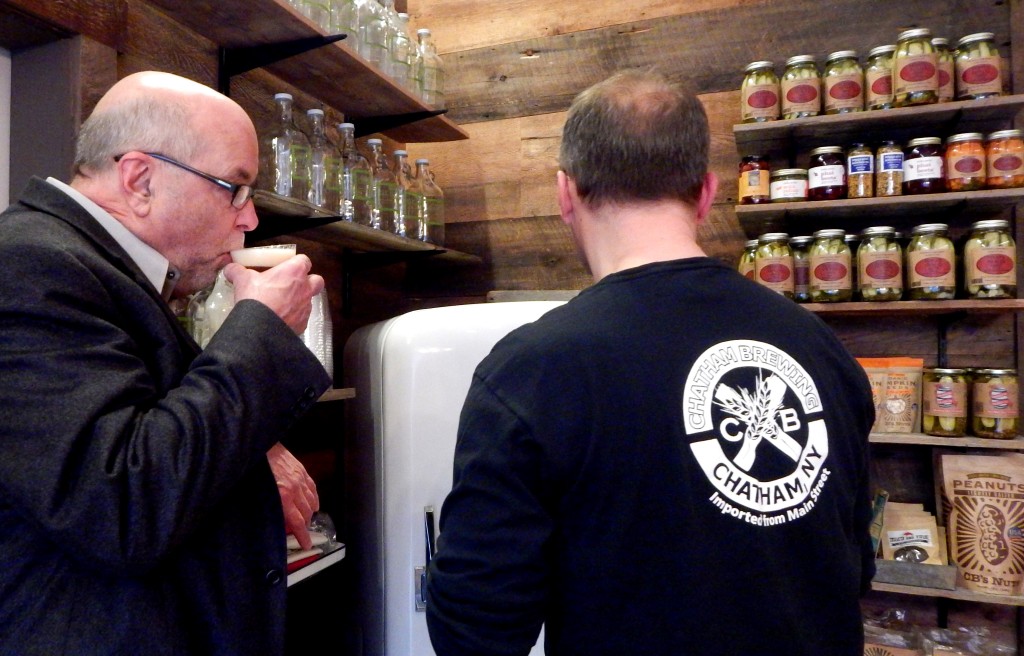 We tasted Chatham’s India Pale Ale, a nice crisp brew, that has a vivid yet balanced array of Pacific Northwest hops including Simcoe, Amarillo and Cascade.  After your standard American Lager, IPAs are they most popular style of beer. But to say you like IPA is almost like saying you like vegetable soup. Every one of the over 3,000 brewers in the United States has their own take on the perfect IPA. Some you will love, some you may hate.  We think Chatham’s effort is more likely to be toward the love category, it is rich and flavorful without being over the top.

The second beer, what Chatham calls their “Local Hero”, is a classic American style, a Cream Ale. Similar to a pale lager, cream ales are light and easy, great summer beer. One of the most popular, especially if you are a New Yorker is Genesee Cream Ale, or “Gene Cream” as it was often called. Made by Genesee Brewing Company in Rochester, NY. The Chatham Cream is a lot more real tasting than the mass produced Genesee. It is unavoidable, like so many things truly good beer cannot be massed produced. The ingredients for this one are all locally sourced from NY farms. A real “Local Hero.” With a low alcohol content of 4.5 you can enjoy this beer all day.

The party was a lively event, with people socializing and shopping. It is hard to resist buying all the good things here. 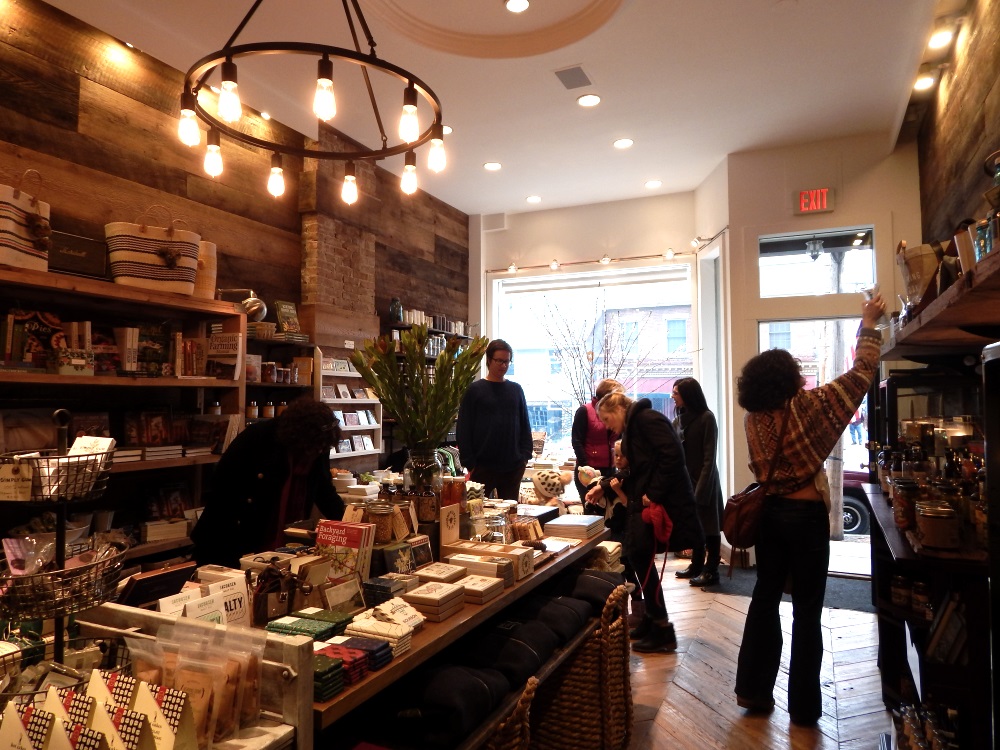 Founded by Jake Cunningham and Tom Crowell in 2007, Chatham Brewing has been a very successful endeavor,  Chris Cunningham left the banking industry a few years ago to join his brother in the business.  We discussed all the exciting things happen at Chatham Brewing and the Hudson Valley. We are looking forward to visiting the brewery in the coming months. 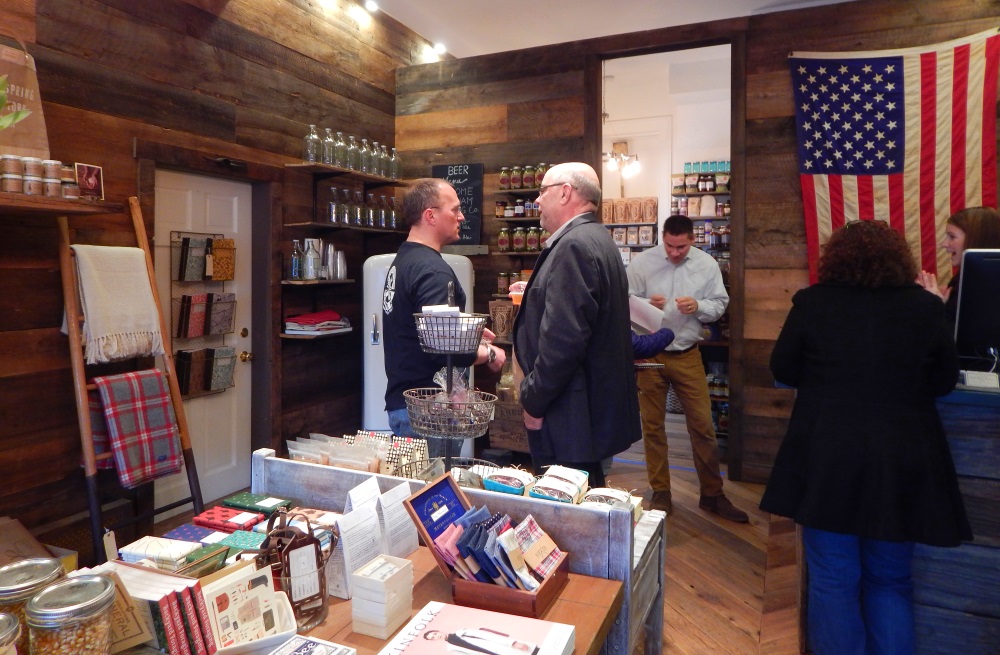 2. What’s the Difference Between a Bar and a pub,