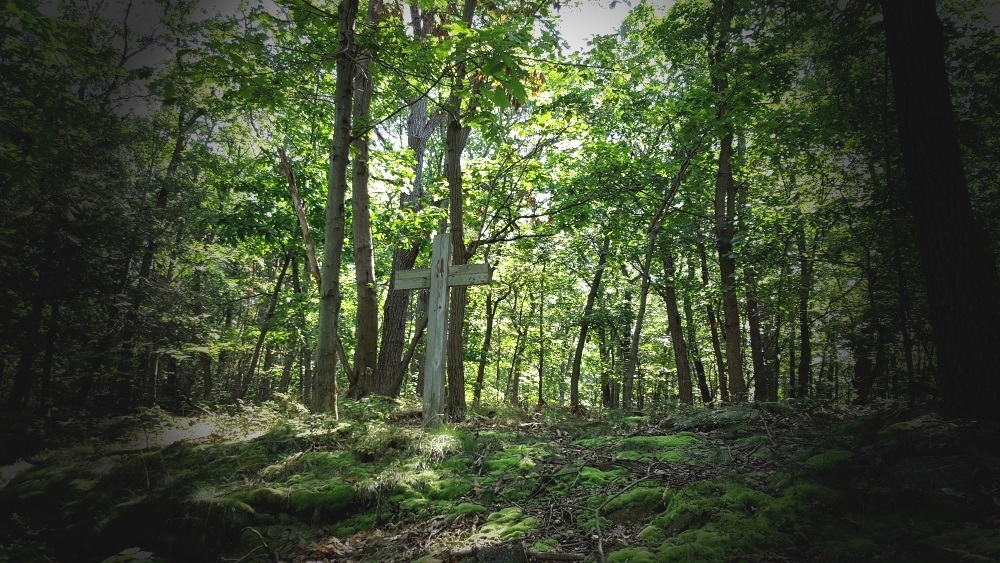 It is a mystery to me. I wonder what the story is on the ten wooden crosses that we found on a winding path near the Garrison Institute.

I know that the building and grounds here were once the home of the friary and a convent of the Capuchin Franciscans, Province of St. Mary. They acquired the property back in the 1920’s.  But, they have not been here for well over 15 years. While some of the crosses are very old, a few look brand new. Some souls are taking care of this treasure that I have called the “Prayer Trail.”

Since we moved to Garrison’s Landing 18 months ago we have walked the trails to Arden Point and the paths called Marica’s Mile dozens of times, but it was just recently we discovered the paths, part of Marcia’s Mile, that venture into the woods close to Garrison Institute.

Let me walk you through them.

One of the multiple entrances to these paths is right behind the marker that designates the way between Arden Point and Marcia’s Mile. 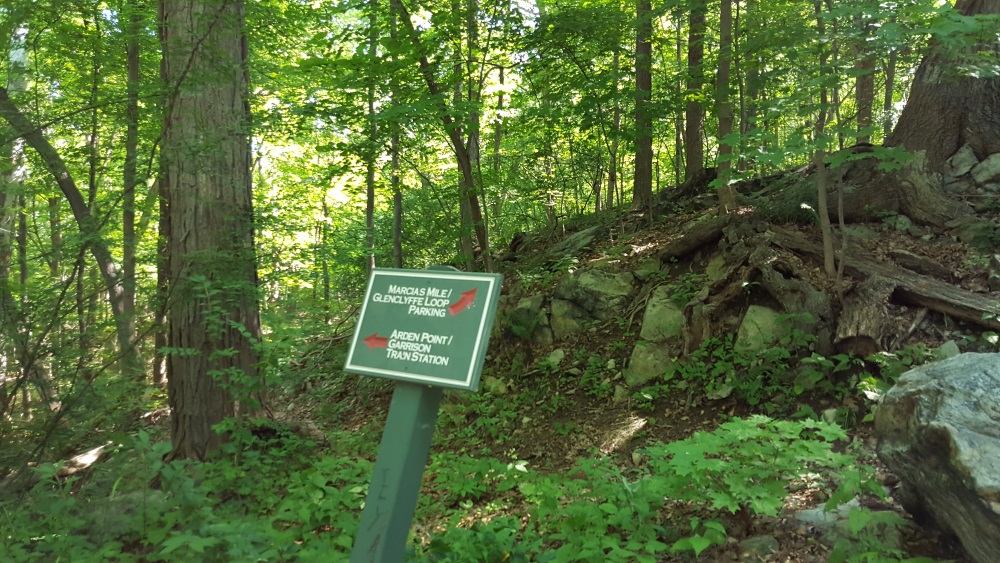 The trail wonders up into the woods. 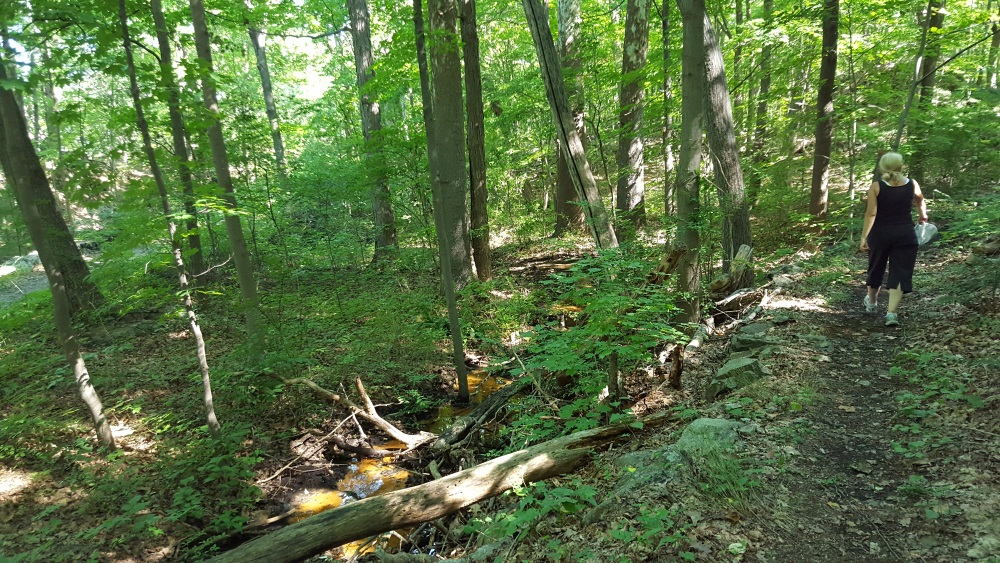 Following the main path which does branch off here and there you will come across the first cross.  This is one of the new crosses. Who you think put it here? 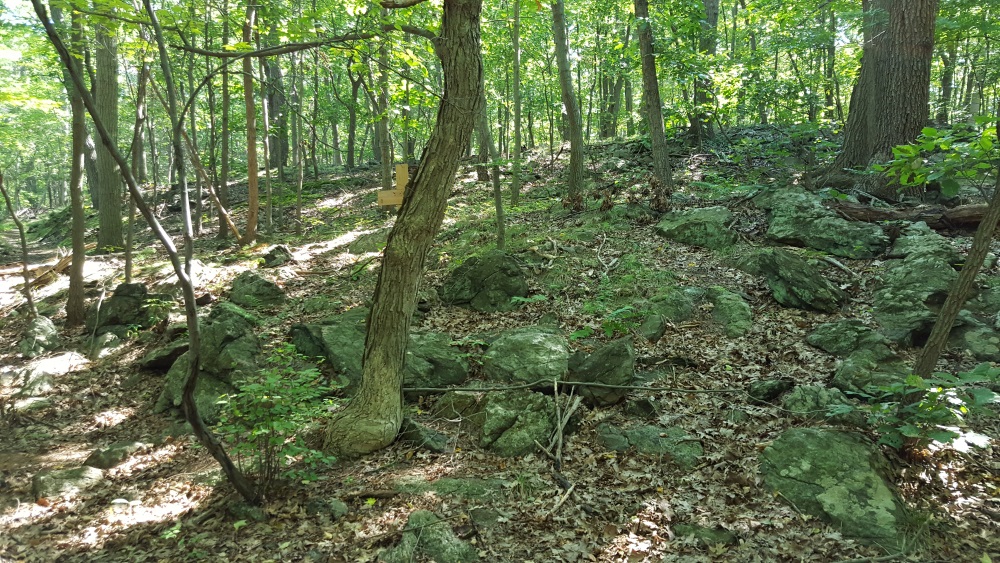 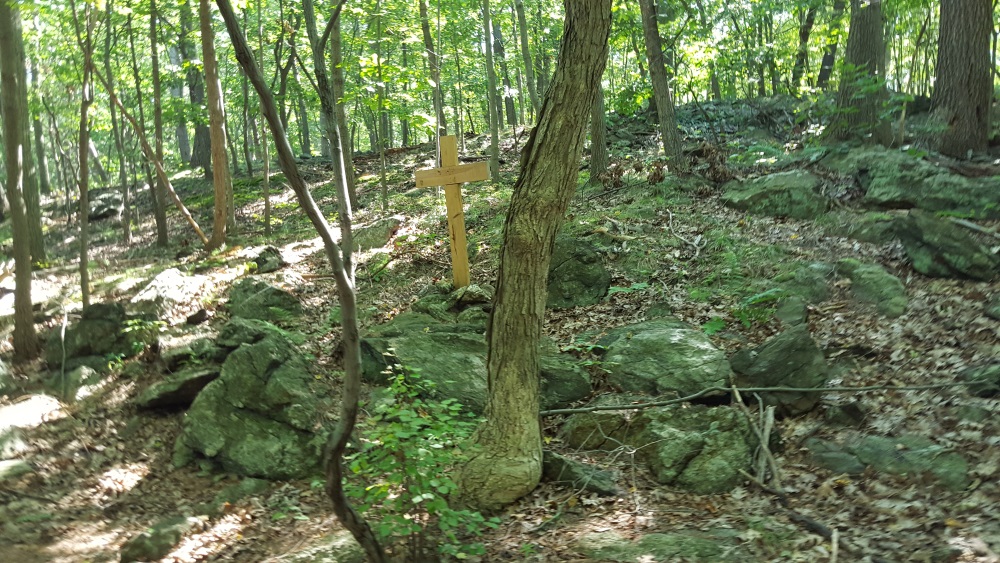 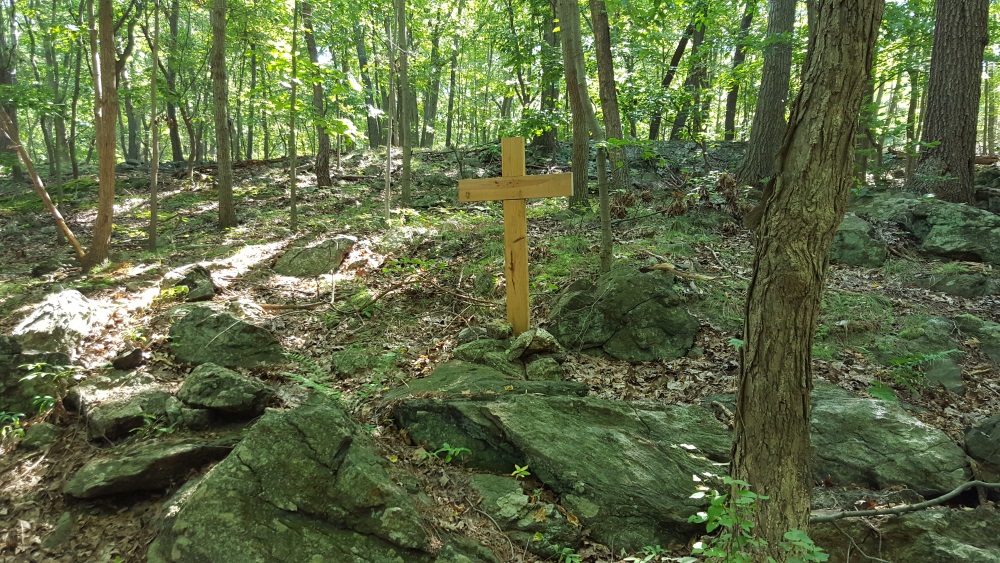 Further on is the second cross which is older. It stands on a rise. Overlooking the river. 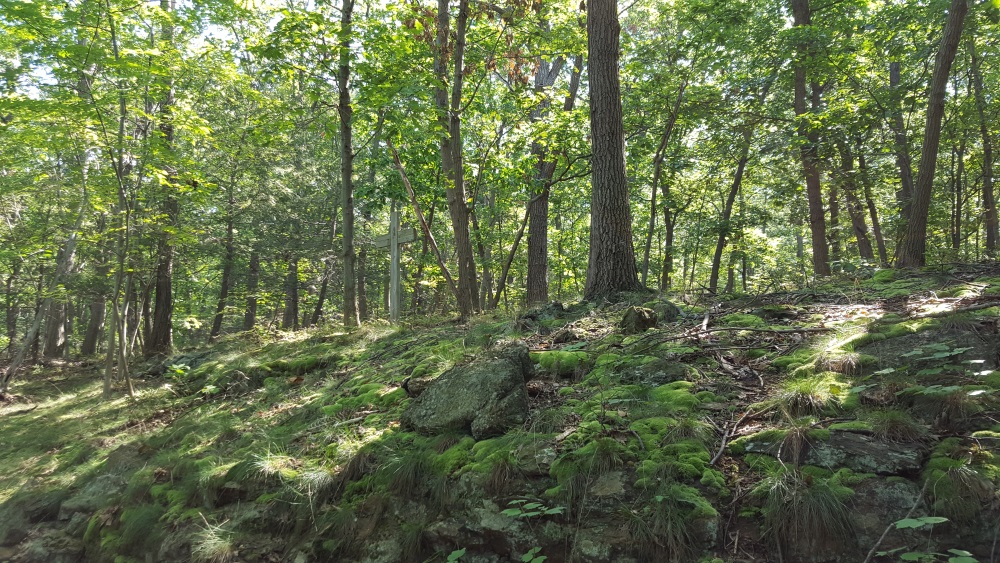 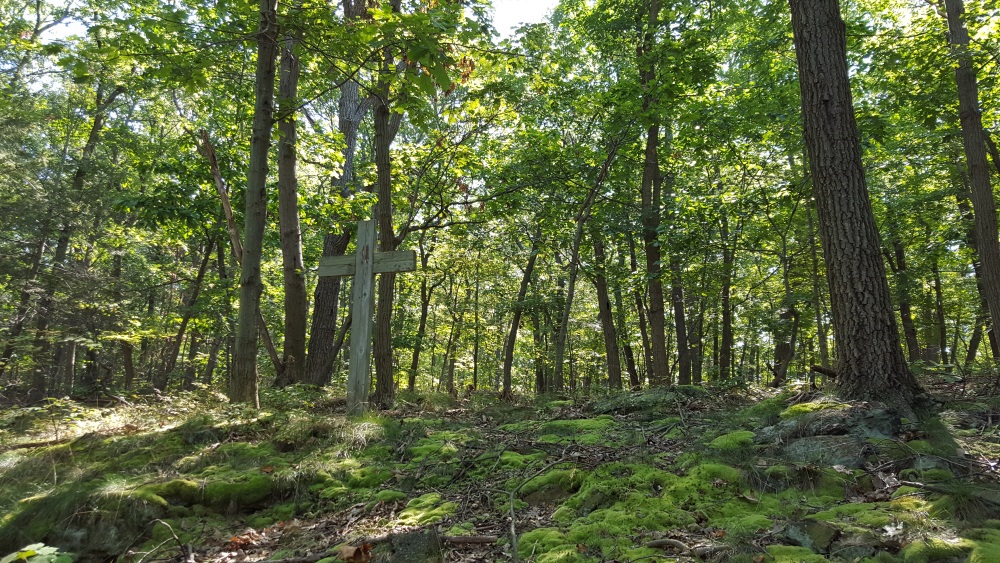 Most of the crosses are surrounded by some rocks, at first we though they might be grave markers.

Here is the third cross. We dismissed the grave marker idea. 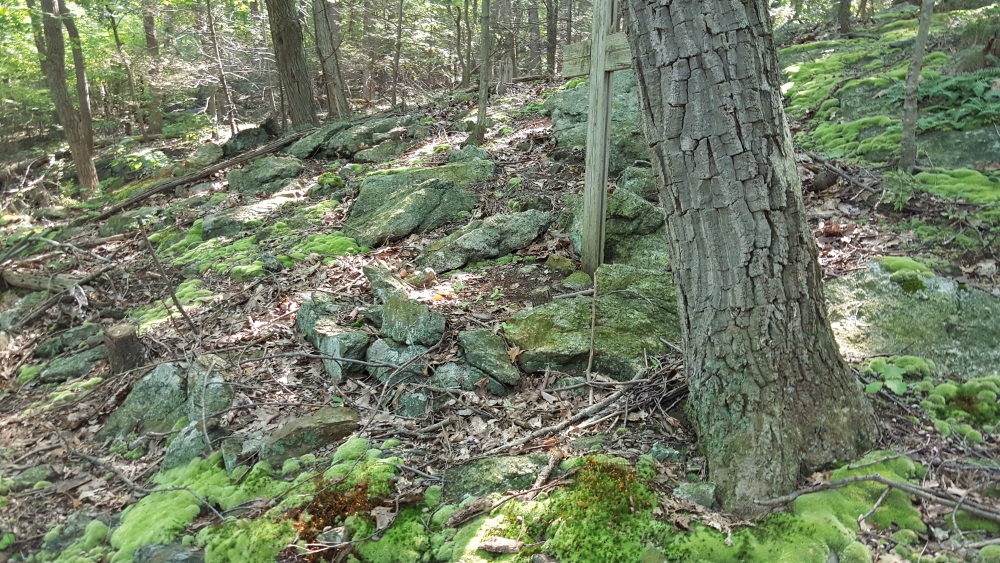 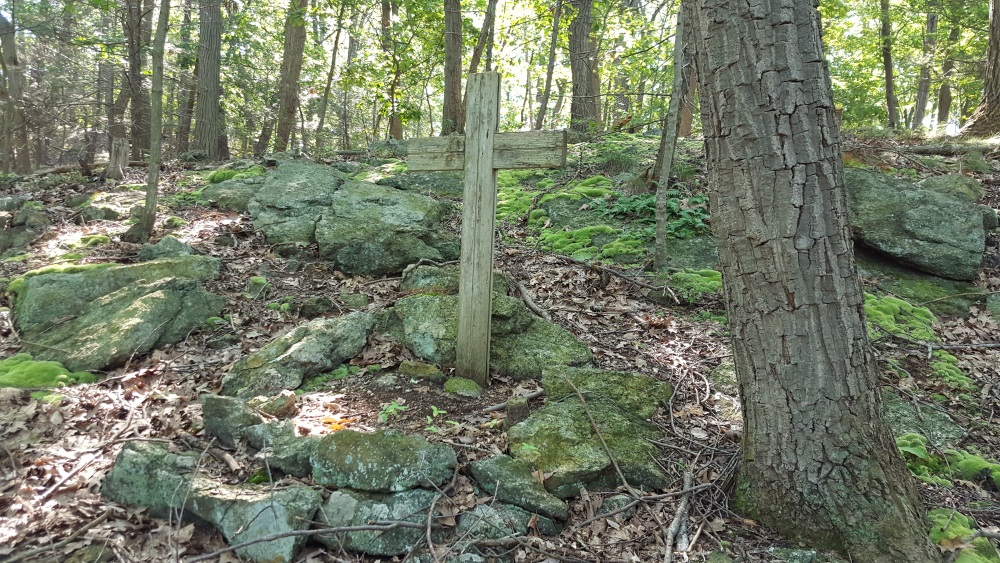 Along the way you will see remnants of stone stairs that were placed to make the trail easier. 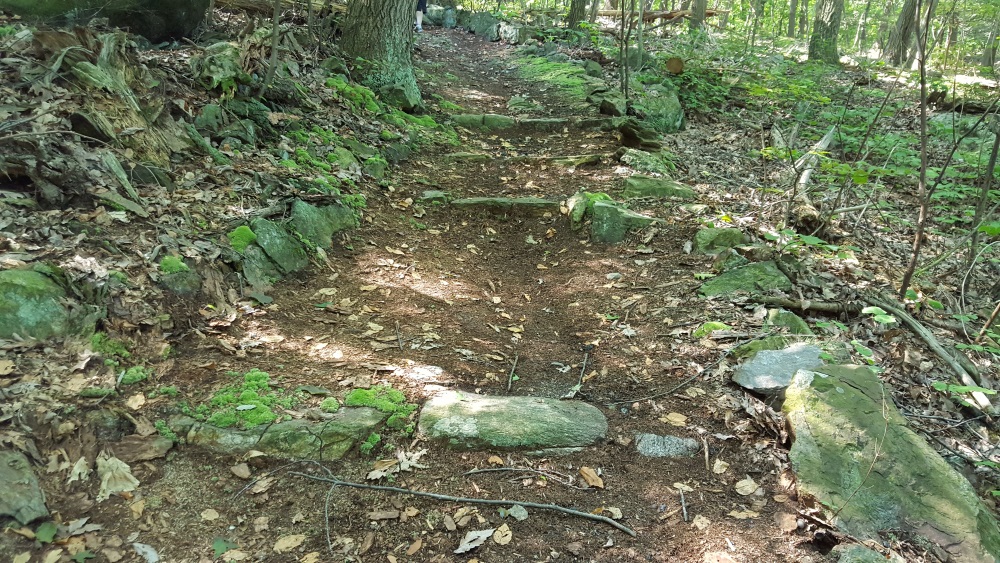 The fourth cross is in need of repair 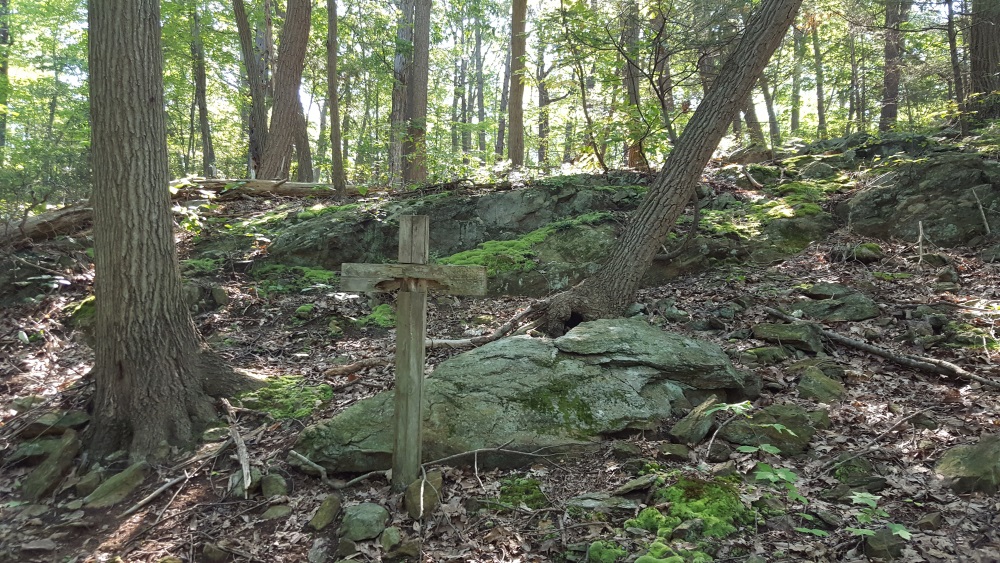 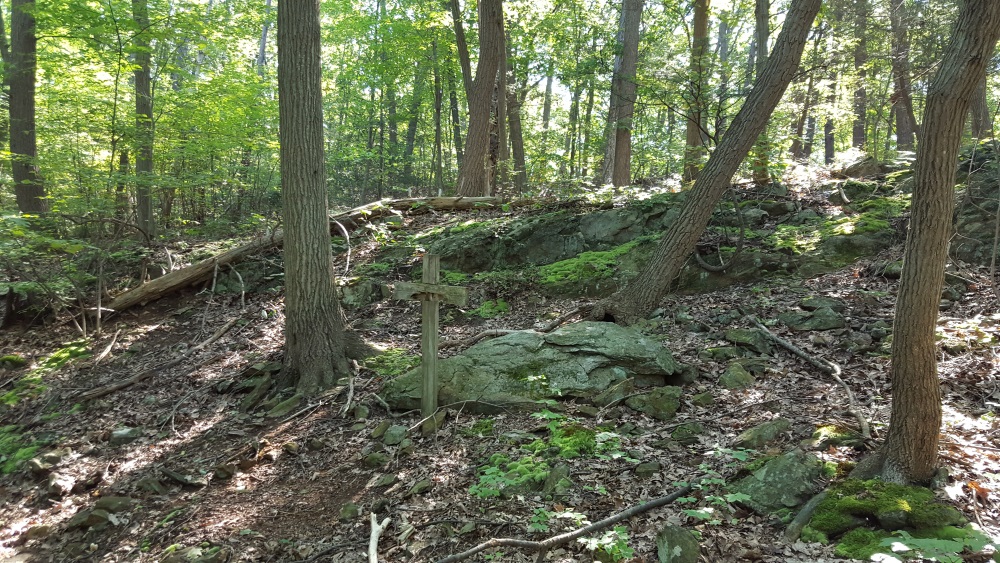 Cross five has its horizontal piece broken away, I expect it will be repaired sometime soon. 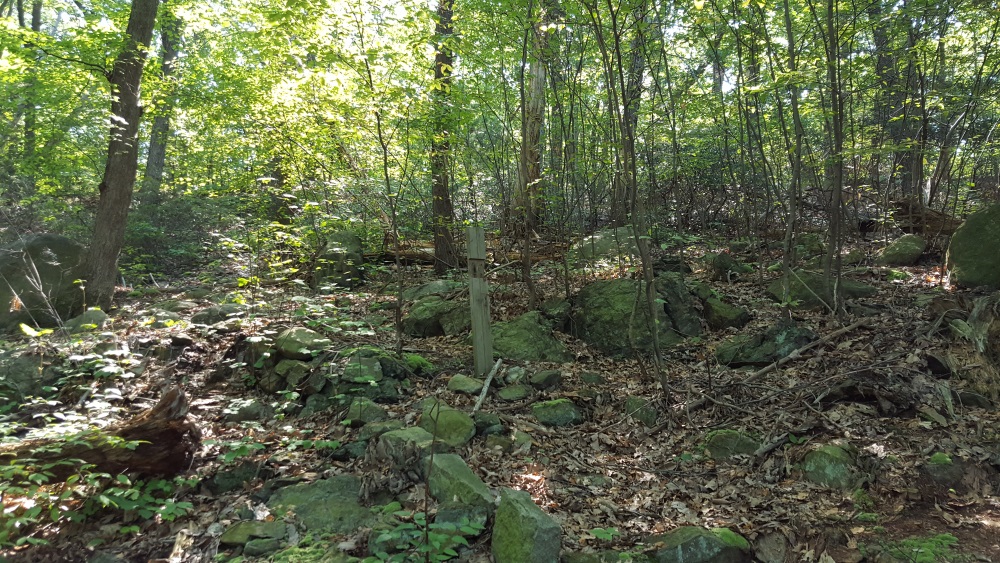 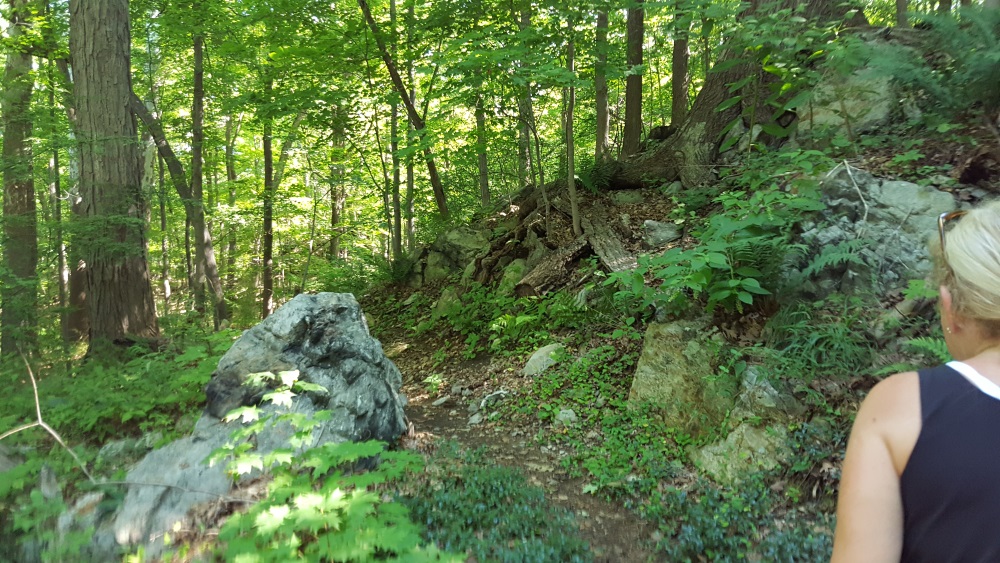 Cross six, is surround by stone blocks that form another cross. I can picture friars kneeling here in prayer. 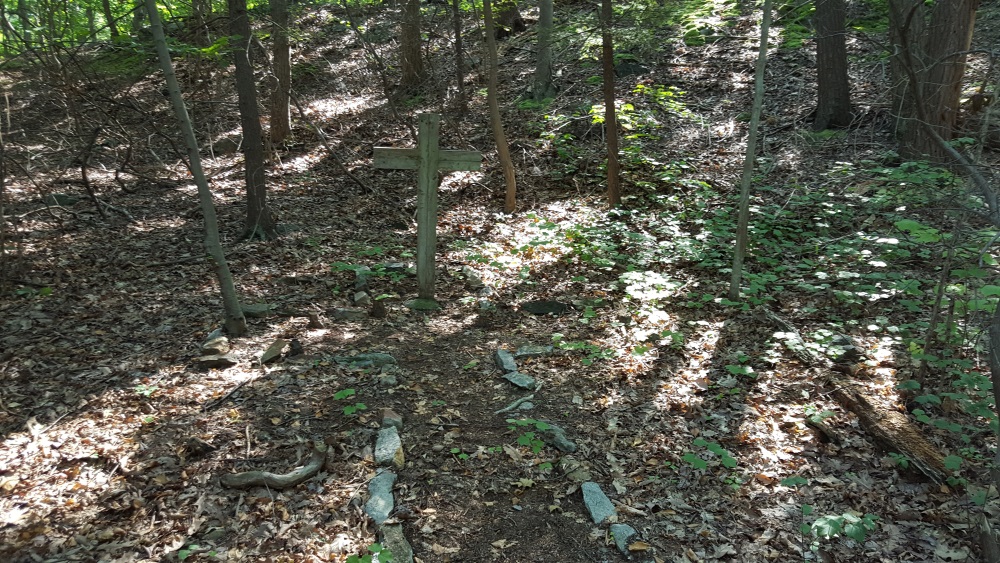 The seventh cross is our favorite with the sitting area it has. The stone benches seem to have been in disrepair for some time but still quite tranquil and comforting. Perhaps here is where a group could sit and contemplate. 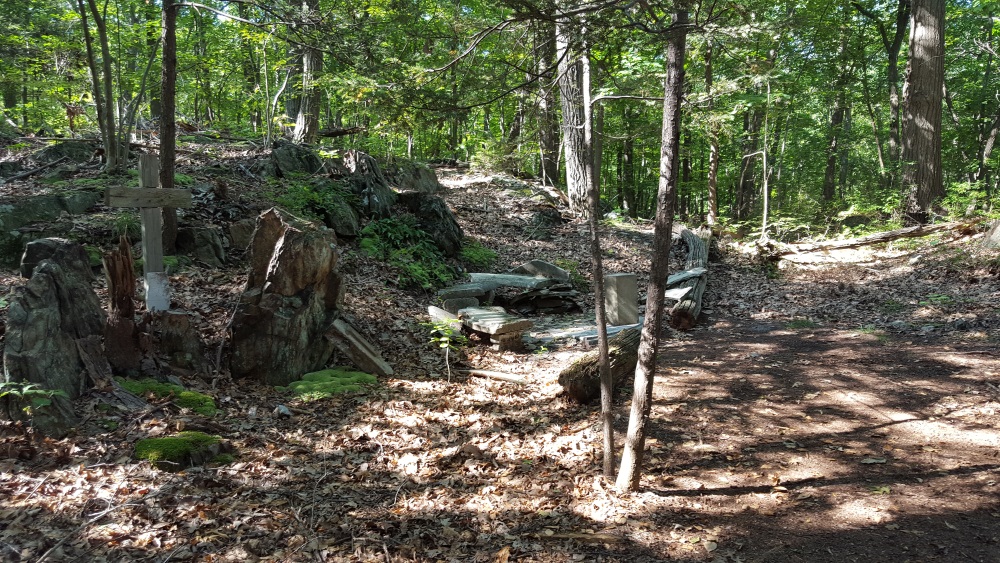 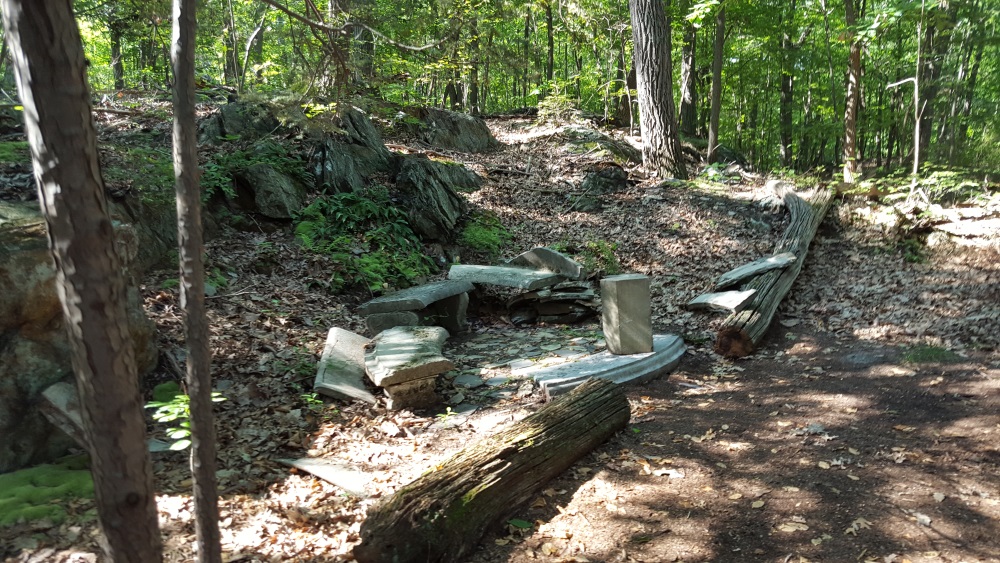 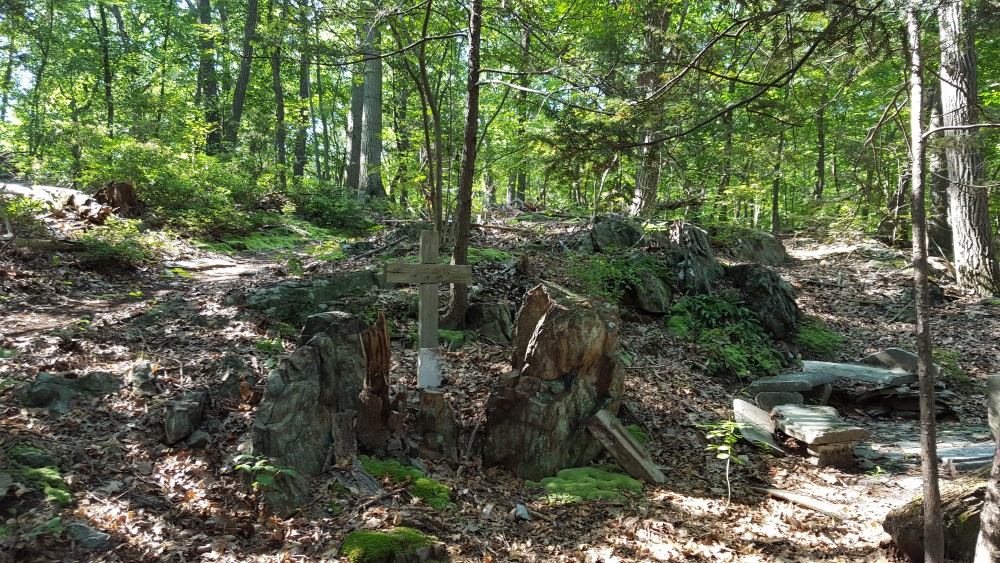 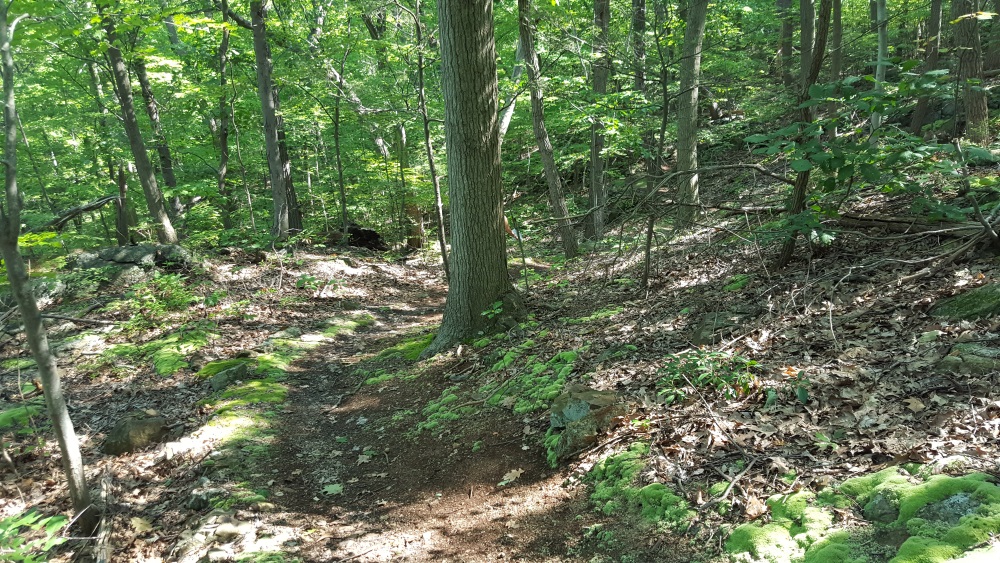 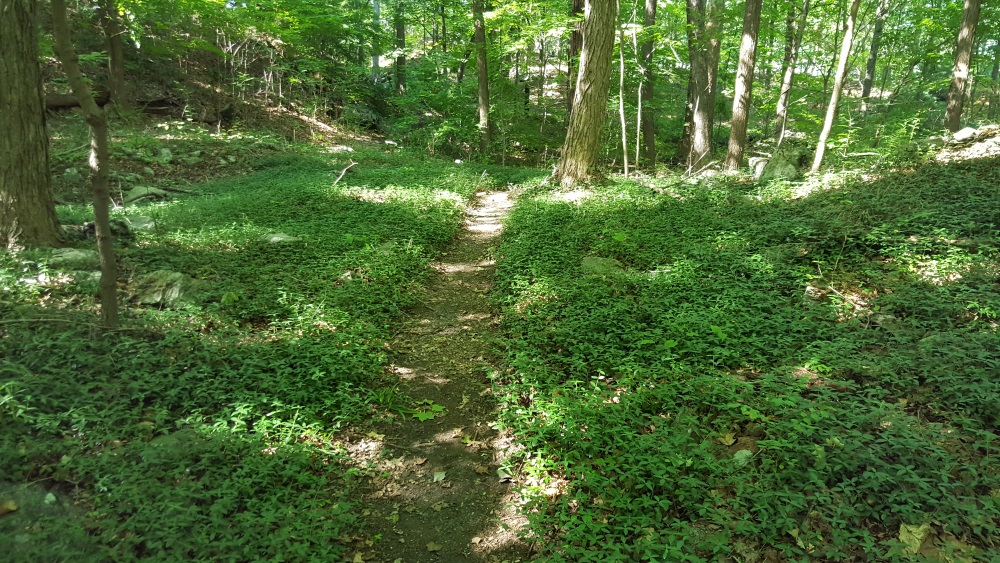 The eight cross is a newer one. Rousing more curiosity. We thought maybe they represented the eight apostles, but then we found two more. 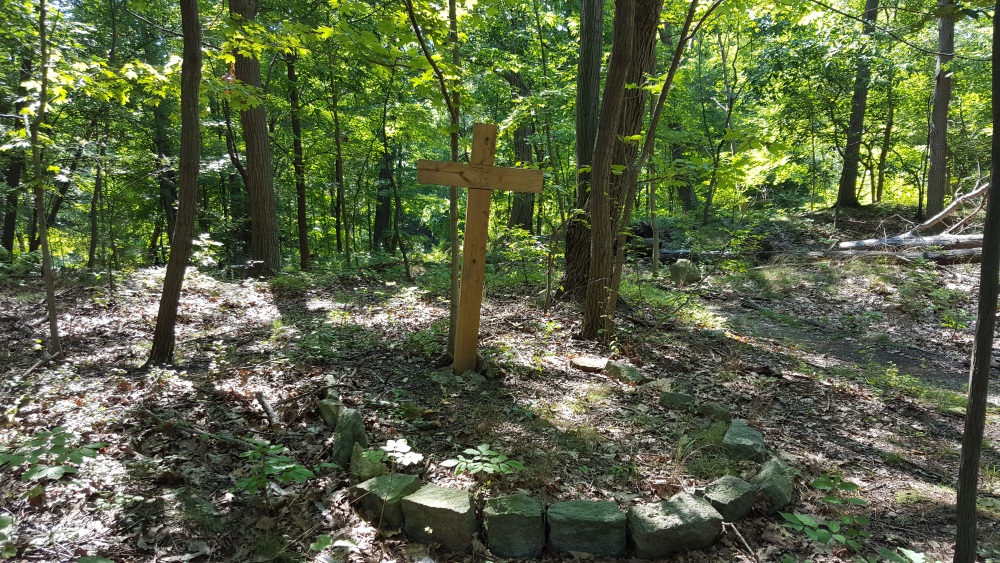 After this cross there is a fork in the trail. Following Yoga Berra’s advice “If you come to a fork in the road take it.”  If you want to see the ninth and tenth and find your way back to the main Marcia’s Mile path go to the right. 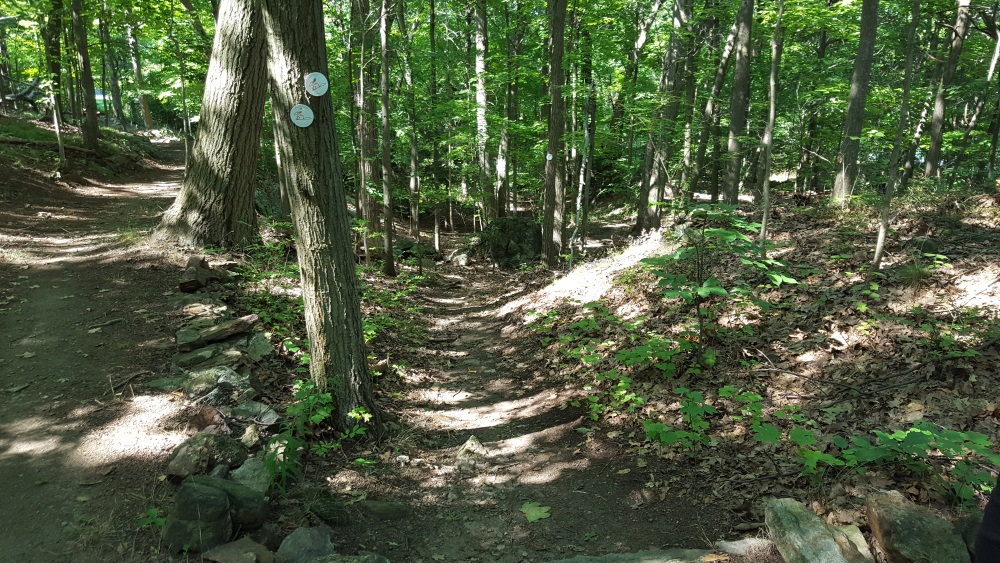 The left leads to the Garrison Institute buildings. 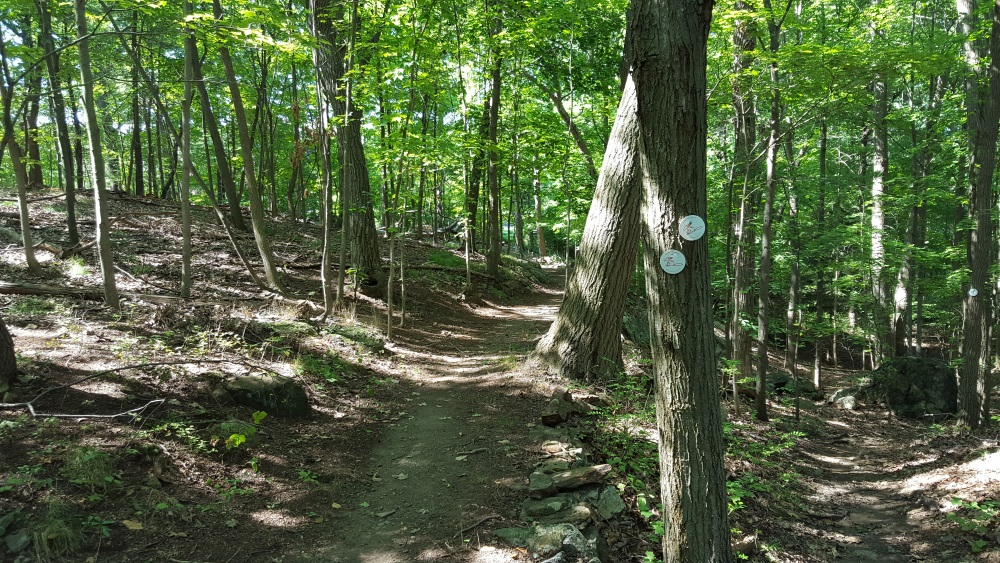 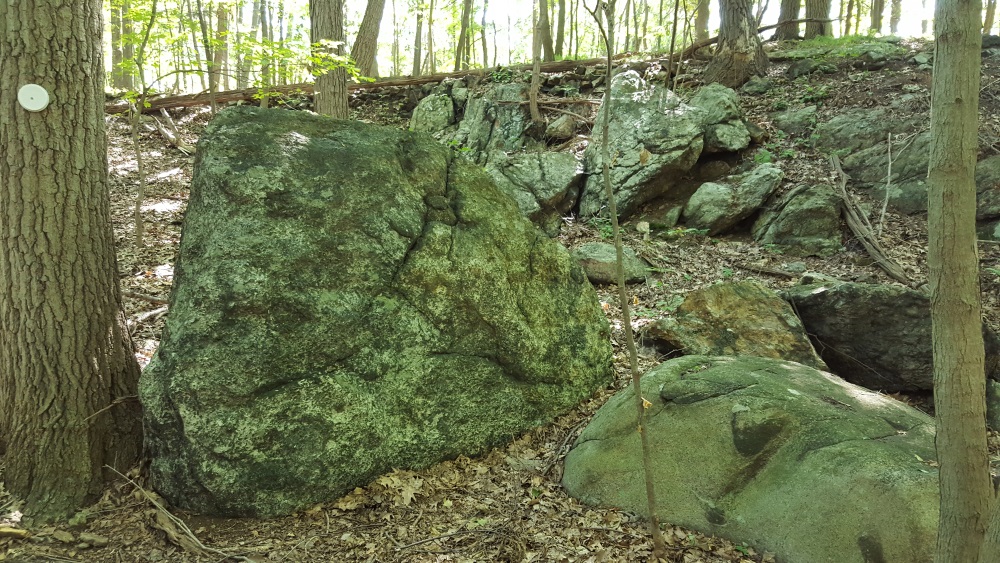 The ninth cross. Recently replaced, you can see the remains of the previous cross. 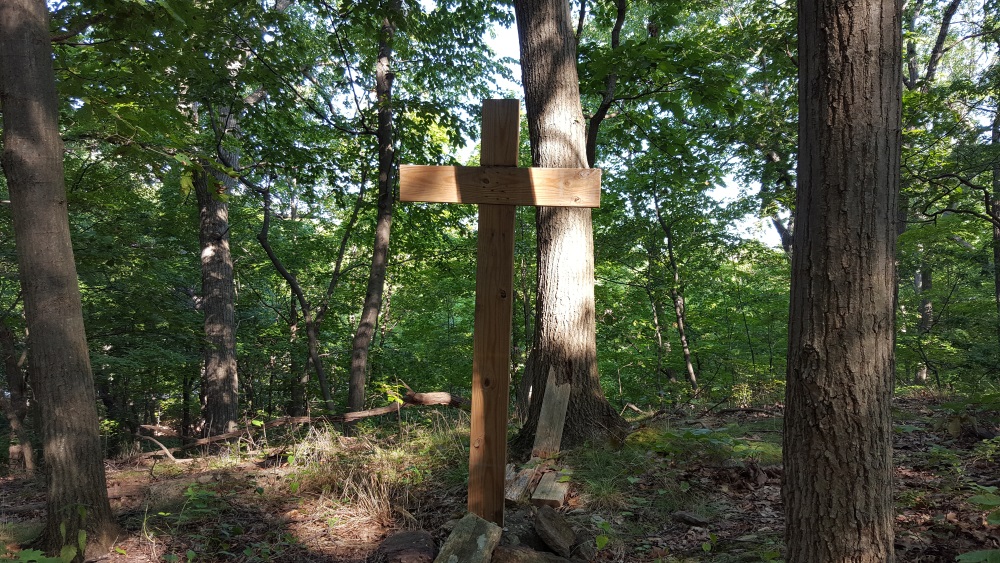 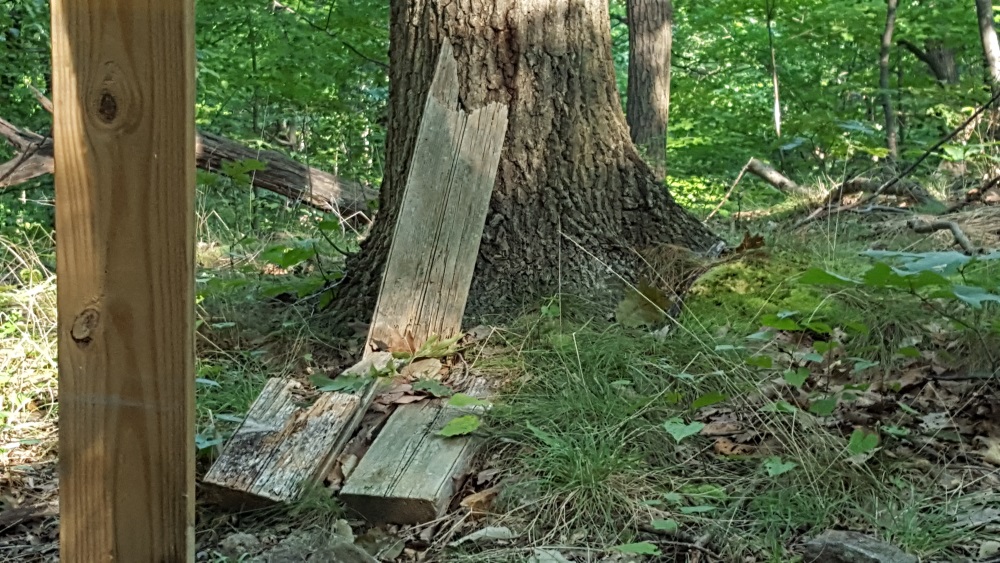 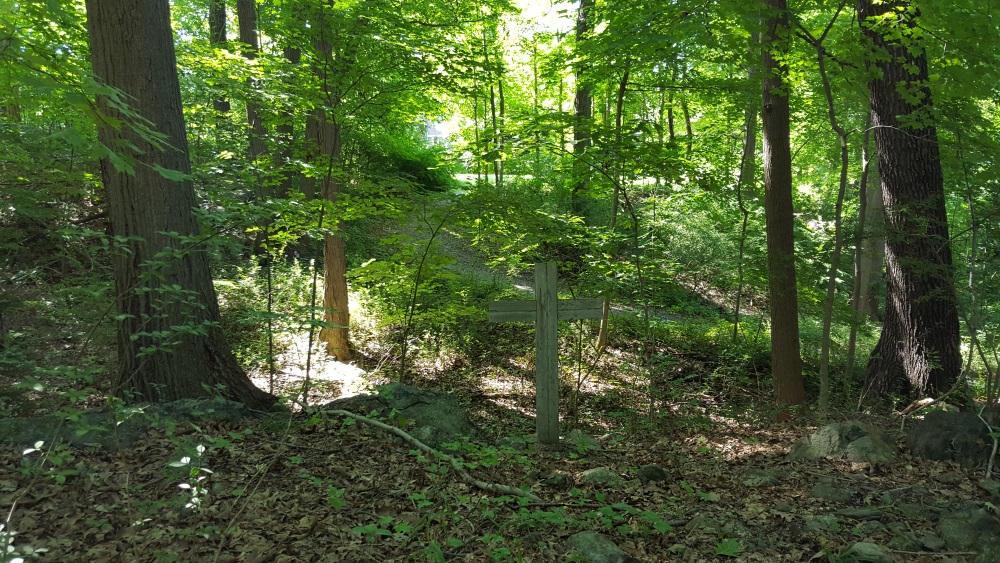 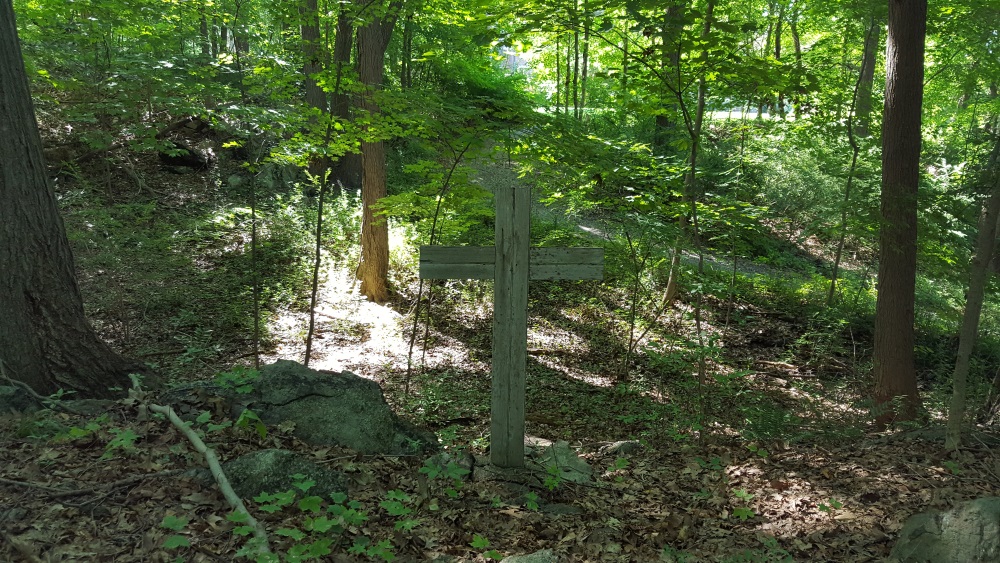 I also thought they might be stations of the cross, but are missing four more places if it was that.

I’ve search the internet high and low and found no description for these crosses or even a mention of the trail.

If you know anything about them please let us know.

A Walk About Glenclyffe Loop

The Gazebo on the River in Glenclyffe